The map shows the debate around the climate change controversy during the Onu conferences and the different nations’ role in this discussion. The project was made during EMAPS Data Sprint of january 2014 in Sciences Po in Paris and then it has been publish on Wired Italia and presented in the exhibition “Beautiful information” by Wired Italia in Piazza Cairoli Milan.

The long and colorful gant chart shows the activity, number of mentions, of every nation in the discussion paragraphs' in every Cop's UNFCCC documents. They are also matched with significant events related to the scientific, political, extreme climatic events and media field. The graph on the right instead, shows that the theme of climate change has always been present and discussed since the 1995's Cop. But the economical funds has been destined to the African and Asian country more that 10 years after, when the problem was actually recognized by all the world community. 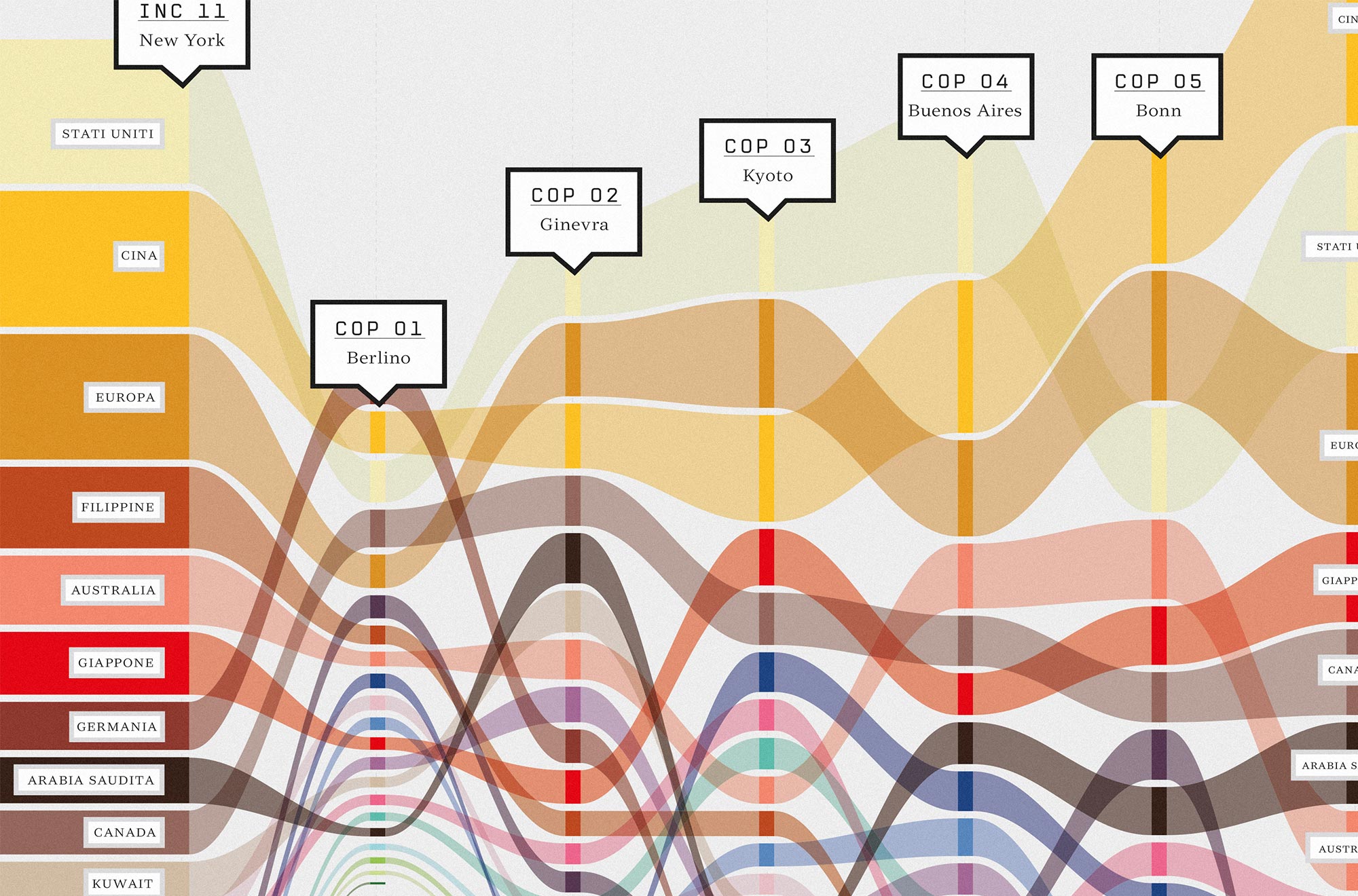 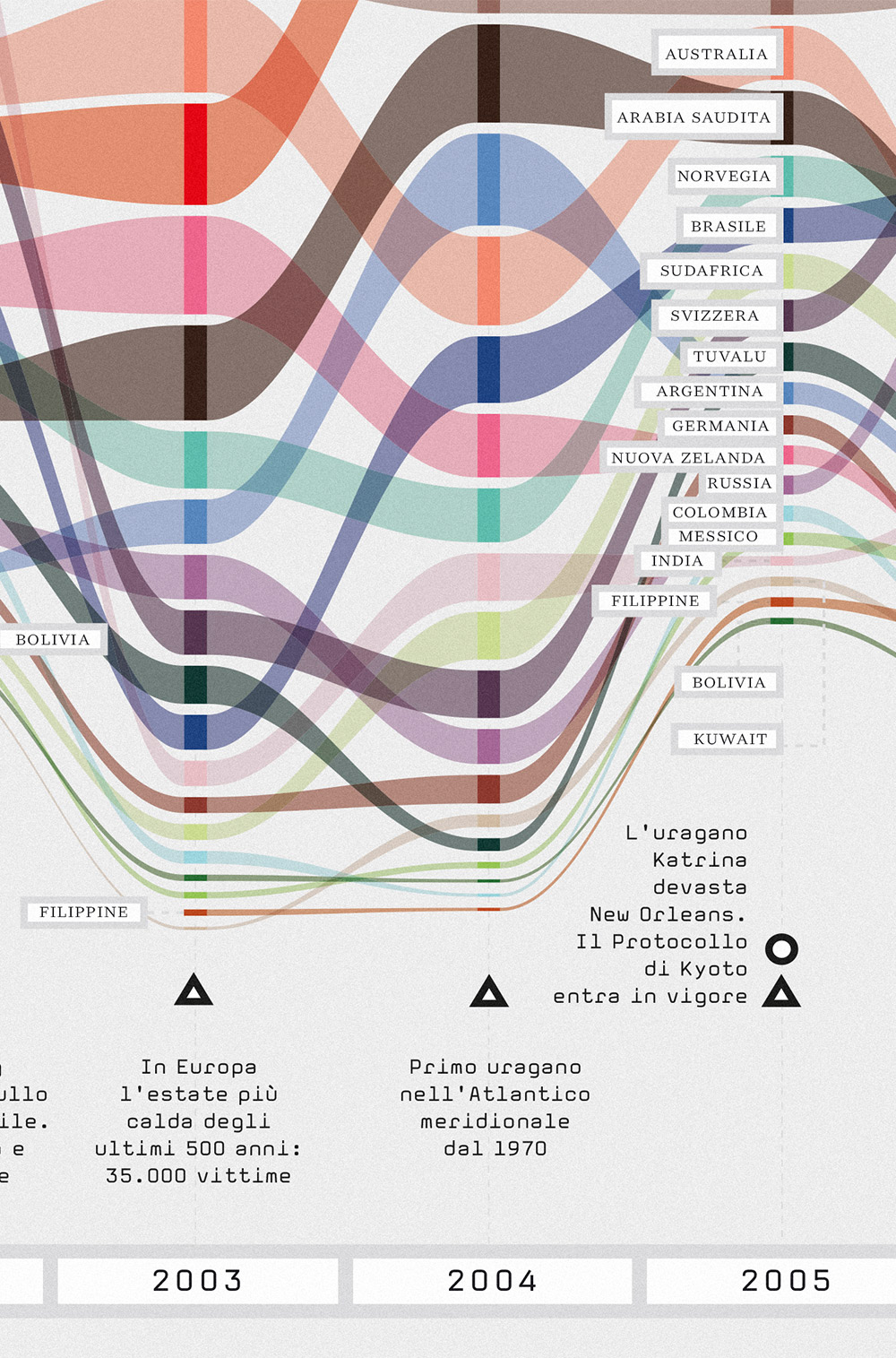 For info and inquiries
martinaececchi@gmail.com﻿